Rihanna has been announced as the Super Bowl Halftime Show performer after the NFL has reached a new partnership with Apple Music. This news came at the end of September, and that news is almost as popular as the Super Bowl odds are when they finally come out.

The actual football game is obviously the most important event that takes place on Super Bowl Sunday, but the halftime show isn’t too far behind. Rihanna will try to put on a show that rivals last year’s event in Los Angeles, which was a fan favorite.

Here is a breakdown of the seven best Super Bowl Halftime Shows throughout the history of the event.

Everyone seems to remember the 2004 Super Bowl Halftime Show with Janet Jackson for a certain wardrobe malfunction, but there was much more to it than that. Janet Jackson was the headlining performer, but Justin Timberlake also took the stage as well as Diddy, Nelly, and Kid Rock.

This group of performers delivered hit after hit, and it’s probably the most memorable halftime show of all time.

The Red Hot Chili Peppers joined Bruno Mars on stage in 2014 for what ended up being one of the best performances of all-time. Some questioned the choice of having Bruno Mars as the headlining act because he didn’t have a ton of hit songs at the time.

Mars quickly put those fears to rest by delivering an epic performance that showcased one of the best singing voices in the industry.

When Katy Perry was on-state in 2015, many of the viewers had a tough time figuring out exactly what was taking place on state. It was quite the visual show that Perry put on for the viewers, but she was also delivering hit after hit while she was singing.

Some artists tend to go with a classical approach when performing at the Super Bowl, but Perry was able to get a little weird on stage to put on a great show.

How do Indian users feel about online payments?

It might seem shocking to see Michael Jackson so low on this list, but the King of Pop just didn’t put on a long enough show to really move up this list. MJ did perform some of his classic songs and did the moonwalk on stage, but there were other performances that were simply better.

The 1993 performance from Michael Jackson is still worth checking out on video, but there are just other performances that stand out more than that one.

Rihanna is going to have her work cut out for her if she is going to top the performance from a year ago. The 2022 Super Bowl was held in Inglewood, California and some of the most influential artists from that area took the stage.

There were some concerns about some of the language and messages that could have been included in the songs, but the artists were able to deliver a clean and terrific performance. Not only were the five headlining performers terrific, but 50 Cent also took the stage in this one.

Beyonce is going to go down as one of the best female artists of all time and she was chosen to perform at the Super Bowl in 2013. As expected, Beyonce didn’t take the stage alone as she had her former bandmates from Destiny’s Child with her.

There were some classic hits from the band, but Beyonce also showed just how strong and independent she is as a female recording artist. This was a show that was celebrated as it was taking place, and it has still held up.

You could make an argument about a ton of artists on this list, but there is no argument to be made for the top spot. Not only is Prince one of the greatest musical artists of all time, but he also delivered one of the best musical performances of all time during the Super Bowl.

The image of Prince singing Purple Rain in the rain in Miami is one of the best videos of all-time. Prince also decided to sing some of the most classic songs to deliver an epic performance that will be extremely hard to top. 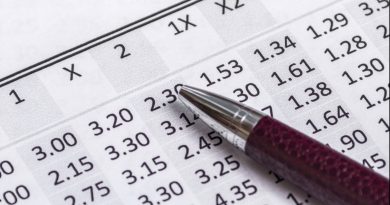 Developing a Sports Betting Strategy – What Works and What Doesn’t

Worst Eurovision Winners Ever in Time