Online casinos, and especially pokies, are growing in popularity in New Zealand. If you are already a dedicated player or looking to sign up to play, you might be interested in learning how they work by getting a peek behind the scenes.

Pokies are available in casinos, in bars and hotels as physical machines – slot machines that operate via a button press. Of course, today these machines are video based rather than the one-armed bandits that came before.

Getting involved with physical pokies isn’t easy for people in New Zealand, as there are only six licensed casinos:

While a night out at a casino is a great idea for a date, a stag do, or just an excuse to get all dressed up and bask in the sumptuous surroundings and the ambience, it isn’t something that is necessarily easily to do regularly, and that is where online pokies can really come into their own.

You can play online pokies at one of many sites without even leaving the house, and with mobile applications you can play while you are waiting for the bus or have a few minutes to spare wherever you are.

The History of Online Pokies

Online casinos came to fruition in 1994, when a small company called Microgaming launched a games site that had just a handful of games – and they weren’t alone in developing fun and exciting casino games that could be accessed through the developing internet.

NetEnt, WMG, and other slot developers soon jumped onto the possibilities of the internet, making use of video technology to make some amazing games that you can still play today. When mobile gaming started to expand past the very basic Snake on the Nokia 3310, developers started making games that were optimised and specifically designed to work with different handsets and operating systems, which for gamers today means that when you sign up with an online casino and you start playing a game designed by NetEnt, you will know that it has been developed to be played on your iOS or Android device just as well as it can be played on a laptop or PC.

How Pokies are Developed

In almost all cases, the online casino companies don’t develop the games that they feature – they are licensed to use them by the developers who have made them. Development teams are diverse and have a lot to think about when creating a new pokie.

Having an idea for a new pokie needs great design ideas, with a concept that must be developed to be a playable, enjoyable game.

The design team need to think of a theme – whether that is a pokie set in a foreign land or back in time, or a branded or themed pokie based on a movie or game franchise, or a sports team, TV show, or celebrity.

The design team also need to decide whether they want to take advantage of high-fidelity and resolution to create stunning, realistic graphics and cut scenes, or whether the theme is more suited to a more cartoonish animation style.

When making the pokie design, the team need to make sure that they can stand out in a rather crowded market – and that means knowing what players want from their pokies. Some of these things include:

What makes pokies work is the fact that they are games of chance – and this is based on technology. A Random Number Generator (RNG) is an algorithm that assigns a value to each symbol, and produces a number series that dictates which symbols will come up when you press spin.

The RNG is designed to be completely unpredictable, and the randomness must be audited by an independent third party.

Related to risk, all online pokies will give an indication of the chance of winning by using a Return to Player (RTP) rate. This is displayed as a percentage and shows how much is paid out per 100 units – for example, an RTP rate of 95% shows that for every 100 units played, 95 are paid out.

The remaining percentage is the ‘house edge’.

What the RTP rate does not tell the player is when they are going to get that winning spin – and how often it will come up.

When you get started with a new pokie game, you will want to know what you are looking for to get that winning combination – and before you press the button, check out the paytable.

This is a useful bit of information that will show you what symbols are worth, how to get access to any bonus games, and how free spins are gathered. You’ll also know more about any multipliers that are available and how many pay lines there are. 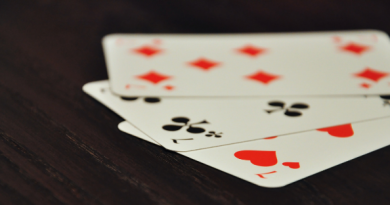 What is a rummy app? 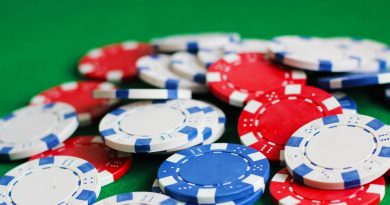