When you think of the blockchain, it’s easy to think of cryptocurrencies like Bitcoin, Ethereum, or Solana. While these tokens have leveraged blockchain technology to disrupt the finance space, we’re quickly learning that the blockchain is about more than just money.

What Is the Blockchain?

Before we dive into how the blockchain is changing the face of the creative industry, it helps to understand what the blockchain actually is. The term has been tossed around the news, social media platforms, and blogs a lot lately, so you may be vaguely familiar with the concept. But let’s take things a little deeper, shall we?

Think of the blockchain as an online ledger for digital transactions. This technology was instrumental in establishing Bitcoin as the founding cryptocurrency. Different digital currencies had been tried before, but there was no way to prevent web users from creating counterfeit “money.” That is, of course, until the invention of the blockchain.

The first version of the blockchain responsible for Bitcoin, blockchain 1.0, relied on complex math puzzles. A number ofusers would need to check and then agree on the solutions to these puzzles. Once these decentralized users reached a consensus on the answer to the puzzle, a block of Bitcoin was released to the computer that solved it.

After that, Ethereum came along and took the blockchain up a notch. Instead of the blockchain being used as a ledger to distribute currency, the Ethereum blockchain leveraged a concept known as distributed computing to allow for computations to be calculated within the blockchain. This blockchain breakthrough allows for smart contracts and the inclusion of data along with tokens like NFTs.

What Does This Mean for Creatives?

All this blockchain technology stuff is well and good, but what does it mean for creatives and their work? It doesn’t seem like such complex computer technology would have much in common with artists dropping drawing and music NFTs. But, in actuality, the two concepts have more in common than you’d think.

Now that the blockchain can support data in addition to the tokens themselves, it creates a lot of opportunities around creatives’ rights over their intellectual property. This is completely disrupting the landscape of the creative industry, particularly when it comes to music.

The Baker and the Beauty web series cast crew wiki

Traditionally, big corporate music labels and streaming platforms have developed a reputation for taking most of the money generated by their artists’ projects. In fact, these companies can keep anywhere from 50 to 90% of the revenuegenerated from an album. Now, artists can launch songs and albums that can be distributed directly to their users, keeping most of the profits and being justly compensated for their hard work and intellectual property.

Artists can also protect the rights around their digital creations. Musicians can control usage rights so their albums and songs can’t be unlawfully reproduced. They can also control royalties, so they continue to get paid every time an album, song, or collective NFT associated with their music is resold.

This protection and increased control over the digital rights to their music benefits fans, as well. Musicians have used smart contracts to add royalty features into their music NFTs. Buyers can buy these NFTs on exchanges like FTX, and if an artist’s song starts to “blow up” online, fans can collect a small percentage royalty every time that song is sold. This is just another way NFTs strengthen this “community economy” movement.

Music to Our Ears

Blockchain technology is making major improvements to the creative industry. Artists and musicians can now retain more control over their creations and connect more directly with their fans.

While things have already been changing dramatically, most experts feel we’re just beginning to scratch the surface of what blockchain technology could mean for this industry. And thanks to the strong communities these new forms of music and art created, we’ll all be part of making the creative industry a better place. 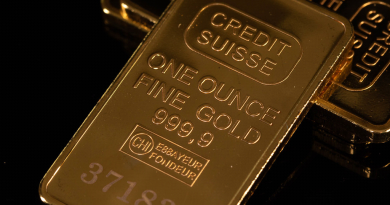 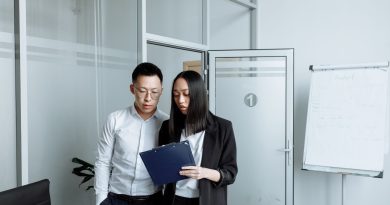 Party of One: 8 Technologies That Make Running a Solo Business Possible