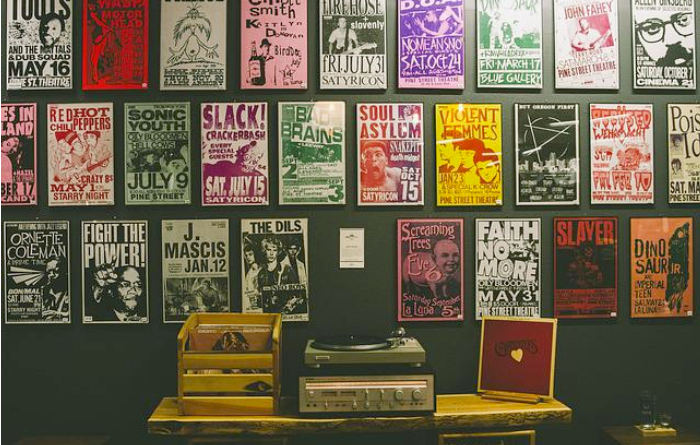 The human race appeared to be heading for a new era of technological nirvana as the 21st century progressed. Of course, we know better than that at this point. However, the vast array of musical expressions that have come out of the new millennium has not let the globe down. Musicians have produced some of the best records of all time across a constantly evolving terrain of genre, style, and sound structure.

While many will argue that the 20th century was the pinnacle of music, record sales were mostly responsible for this. Yes, it’s easy to criticize the new generation of artists when you consider how many records bands like The Rolling Stones and The Beatles sold each week. The 21st century is nothing compared to the heyday of selling tangible copies. Despite this, there is just no evidence to support the claim that music is currently less popular than it was back then.

The 12 albums listed below prove that music is still alive even though they may not appeal to everyone.

JTs’ debut album and first solo album were produced while NSYNC, his uber-popular boyband, was on hiatus. This album release shaped pop music for the coming years. In 2004, When “Cry Me a River” was nominated for Best Male Pop Vocal Performance, and “Justified” was nominated for Album of the Year and Best Pop Vocal Album, Timberlake won the latter two prizes.

The album is also more compared to the pop debut album, FutureSex/LoveSounds, Timberlake’s second album, where he brought sexy back.

Name a sexier album opener than ‘Intro’; we’ll wait. The album grabs you within the first few seconds, and from then on, ‘xx’ takes you on a magical late-night whistle-stop tour of youthful love, desire, and heartache. Their minimalist sound’s groundbreaking nature has significantly influenced alternative music over the past ten years.

The xx communicate an appealing level of closeness across the entire album, which is seductive and hard to avoid on any given tune. After the plethora of so-called ‘landfill indie’ in the mid to late 2000s, The XX ushered in a new era of alternative music that was progressive and looked forwards rather than backwards.

If you don’t believe Kanye West is brilliant, you probably stopped reading as soon as we uttered his name. However, if you’re still not convinced, this album has all the evidence you need. It’s really common these days for West to speak the talk rather than walk the walk. However, he delivers the goods in this instance.

The album has a subtextually biblical atmosphere, as West shatters conventional boundaries on each and every one of its brilliant tracks. Undoubtedly, it is a pop album, but like all the best pop music, Kanye wasn’t actively seeking commercial success; instead, the chart had migrated to him.

Say what you want about the man; Ye’s one of the most stylish rappers of our time.

In 2001, Daft Punk revealed this absolute masterpiece. Discovery, the French duo’s second album, has some of the best songs accompanied by the best music videos. It incorporates Daft Punk’s love of film and character and has a profound connection to their early recollections.

The stories told in the music videos were made into a movie called Interstella 5555: The 5tory of the 5ecret 5tar 5ystem. The movie was about an interstellar pop band that was abducted and had to break free to go home.

There were other Daft punk albums to choose from. Random Access Memory is a strong contender, but Discovery won out on nostalgia, and it’s one of the best albums released to date.

This album established Jay-Z as one of the greatest to ever do it, and it also launched the career of Kanye West by presenting his soul-sampling productions alongside those of Just Blaze.

After his 1996 debut, Reasonable Doubt, Jay-Z spent five years honing his rap skills in the public eye. In 2001’s Blueprint, everything came together to establish Hova as the best rapper in the world. This album embodies everything that makes Jay-Z a true monarch. Jay put it all on Blueprint, from the soulful 1970s sounds to the reveal of Kanye as his producer to the flawless ease with which he recounts tales.

Beware Of The Pitfalls Of Affiliate Marketing

For Emma, Forever Ago, Justin Vernon’s debut solo album from 2009, is a very improbable masterpiece. Vernon felt like he was going nowhere and needed to start again after growing weary of his life and being fired from his band.

He dumped his fiancée, loaded up his car and headed for his father’s remote hunting camp with just a guitar. One of the albums of the decade was created by Vernon as he coped with the collapse of his life and poured his existential crisis into his music.

This album is what every autumnal indie record aspires to be. Although Bon Iver has released many great albums since, For Emma, Forever Ago will always be their defining album.

Radiohead revolutionized rock music with this hugely diverse album, and they did so just in time for the new century. Not only is it a fantastic album, but it also has excellent creative integrity.

The record, which functions as an audio collage, depends on these shattered moments to welcome their listeners and accomplish cracks in their obtuse narrative. It ensured that followers of Radiohead were ardent supporters rather than merely folks who enjoyed a tune they heard on the radio. No, everyone had to pay attention after Kid A.

Kid A is an album for the fans, even though OK Computer may be the more well-liked record and even have more global admirers. It is extremely complex and textured while also being wealthy. It doesn’t want any looky-loos or fairweather fans whizzing by on their way to catch a McMadchester revival performance. It invites you to relax and take in the ambience while they serve the newest in sonic cuisine.

Arcade Fire’s Funeral, first made available in their native Canada in 2004 and on British soil the following year, is anything from a gloomy event. There is a perceptible liveliness to the record that feels energizing, despite the album’s title may be having sombre associations because band members Regine Chassaigne, Richard Reed Parry, and Win and Will Butler all tragically lost family while recording.

The record, which is jam-packed with indie dancefloor fillers, exposes some of the most vulnerable aspects of our society with a baroque-pop skill that David Bowie, a devoted fan, would be proud of. Honouring a departed love is a private time. Still, the connection the group of joyous musicians had with the audience and each other contributed to the richness of the experience.

Back To Black cannot be appreciated without considering the tragedy associated with the album. It’s hard to avoid the sense that Winehouse wasn’t prepared for the fame and admiration the album would bring her way.

Frank, Winehouse’s debut album, was well acclaimed by critics, but Back To Black catapulted her to stardom. She was a timeless artist, and Back To Black would continue to have the same effect in any period.

The album’s tone was heavily influenced by her highly publicized tumultuous relationship with Blake Fielder, and her ethereal voice will have you hanging on every last heartbreaking note.

Any one of Tame Impala’s first three albums might have easily made this list based on their work this century. Currents, however, can make money because of the band’s risk-taking and the extent of its influence. There has been at least a pinch of this record in everything that has come after, much like the first caveman to sprinkle salt in his stew.

Kevin Parker practically lived in a studio like a crazed sonic scientist, sweating over drum sounds and equalizers like he was perpetually celebrating, shaking the trapped water out of his ears as he perfected an endless sea of ecstatic mood music.

By no means are popularity and influence the end-all and be-all, but on this occasion, Tame Impala succeeded in doing so in such a unique way that there was no bandwagon to join. Fans of each respective genre emerged for a while to marvel in a record that somehow takes space-age crafting and gives it a bedroom-bound, intensely personal vibe akin to outsider music.

Know the Best Time to Renew Your Car Insurance