How do Indian users feel about online payments?

We live in a digital age now, where technology has penetrated deep into our lives. It is hard to imagine life without our mobile phones, computers, and other devices these days. Online payment methods have existed for a long time, but in recent years, their utilization has intensified. Cashless transactions have become especially popular since the advent of the Unified Payments Interface (UPI).

Most of us have used online payment methods to pay for goods and services, like groceries, appliances, etc. The majority of Indian people are comfortable with it, although skeptics still exist. Interestingly, the divide between people who approve and disapprove of online payments is much higher in the gaming community.

While lots of people love video games, not a lot of them are cozy with the idea of shelling out cash for them. Still, there are enough players in India who are ready to make their wallets lighter to have a fun gaming experience.

Lack of willingness to pay for virtual assets

This is the most common reason why Indian audiences refrain from online payments, or transactions in general, regarding video games. Most gamers are unwilling to pay for video games. With a plethora of free-to-play games available, it can be argued that people don’t have to pay to play. However, these free-to-play titles are usually supported by micro-transactions, which many players find worthy of purchasing.

Other than that, we have paid for video games. Back in the day, gamers used to buy physical copies of video games, usually on discs, to play on PCs or consoles. With the increase in the prominence of the internet, along with the rise of gaming on mobile devices, video games started becoming available online. Nowadays, physical copies comprise only a small fraction of any video game’s sales, if any at all.

The gaming industry in India was valued at USD 1.8 billion in 2021, and by 2025, that number is expected to rise to USD 5 billion! Online transactions are the biggest driving force behind the profitability of video games. As online shopping has penetrated Indian households, people have been splurging money on video games, gaming consoles, etc., especially in the last two years during the pandemic.

It should be noted that most Indian video game players are mobile gamers, i.e., they play video games on smartphones, tablets, and other mobile devices. Most games available on these devices, via their respective online application stores, are free-to-play. However, these “free” games can have extra content that requires users to pay, or they only allow limited gameplay in the free version. Interestingly, even paid games sometimes have extra content hidden behind payment walls.

Are Indian gamers comfortable with online payments for video games?

As we established above, Indian gamers are divided on the subject of online payments surrounding video games. If you check online forums, you’d discover a lot of people who have no problem with online transactions, whether it’s for buying games or extra content for said games. Online game stores like Steam, Xbox Games Store, and even Google Play and App Store, have plenty of users who are comfortable paying for video games.

Why Do People Gamble and Get Addicted?

Microtransactions and DLC are a little less popular, as people are usually reluctant to pay for in-game assets. However, the wind is changing there as well; as the purchasing power of the general populace rises, more and more people are willing to part with their money to enhance their gameplay experience. Titles like Counter-Strike: Global Offensive (CS: GO), Player Unknown’s Battlegrounds (PUBG), World of Warships, etc., have managed to find a decent-sized payment-friendly audience in India.

Online gambling and betting have also seen a massive increase in popularity in recent times, thanks to games like Teen Patti, Dream11 Fantasy Cricket, etc. and we have largely received a positive response for most of them. Interestingly, many trusted casino portals like AskGamblers have not only introduced a fully-functional online casino in India, contributing to the growing concept of play-to-earn games but have also taken an extremely significant initiative to provide transparent, impartial casinos and game reviews, in conjunction with their moto “Get the truth. Then play.”

That being said, many people are still wary of online payments regarding video games. That is mainly due to three reasons – discomfort regarding online transactions, lack of willingness to pay for virtual assets, and piracy. Let’s understand these separately:

Despite living in a digital age, there is a large number of Indian audiences who are not comfortable with online transactions. Their fears are not unfounded, as it is easy to run into scams and frauds on the internet. Sometimes, even experienced people are caught unawares. However, as people become more familiar with technology, these fears are mostly dispelled. Take iGaming as an example, where every reliable online casino in India is focused on building, maintaining, and retaining a large portion of the audience by offering multiple payment methods. This audience now understands their weak areas, where they have fallen short, and what changes they might have made. Not to forget, an additional limitation to the process of digital transactions is an inadequate grievance redressal system in India.

On online forums, plenty of gamers seek advice before making game-related purchases, and you would come across many positive as well as negative stories. Interestingly, most people with bad experiences do not refrain from online transactions later, rather they proceed with caution and advise others to do so as well.

We all have that one cousin or friend who can find us anything online, ranging from movies to bootlegged copies of expensive software. Even though there are laws against it and the enforcement is continuously becoming stricter, piracy continues. Video games are extremely popular among pirates, especially paid ones, as not everyone has the resources to pay for them.

However, in India, the major facilitator of video game piracy is their rarity as video games, consoles, PCs, etc. were never easily available here. As this issue has now been sorted out, most gamers are still pestered with the issue of games not releasing on time. Indian gaming enthusiasts have to wait longer than the EU which generally has access after the American launch.

Game publishers and gamers are now using online stores by default. People who used to buy video game discs have thus shifted to purchasing their games online now, which is more environment-friendly as well, in all honesty. People who wouldn’t have bought physical copies of video games back then might not buy them online even now. As long as the internet exists, there will always be a bootlegged copy of everything for everyone. 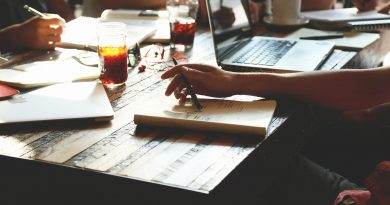